By signing “Scientiae Thesaurus Mirabilis”, King Dinis created the oldest university of the country and one of the oldest in the world. Dated from 1290, the document originated the General Study, recognised in the same year by Pope Nicholas IV. A century after the birth of the nation, the University of Coimbra germinated.

Initially confined to the Royal Palace, the University spread throughout the city of Coimbra, while modifying its landscape and making of it the University City. It later enlarged with the creation of Pole II, dedicated to Engineering and Technology, and with a third pole devoted to Health Sciences.

To study at the University of Coimbra is to pursue the intellectual history of the country in the school that graduated some of the most distinguished personalities of national culture, science and politics.

The Faculty of Medicine of the University of Coimbra (FMUC) is considered to be one of the most important schools of medicine in Portugal due to its vast research areas, PhD programs, integrated masters in Medicine and Dentistry (1st and 2nd Cycles) and non-integrated Masters (2nd cycle), as well as a large number of postgraduate programs.

The Research and Development Structures incorporate the Research Centres and the Multidisciplinary Research Institutes, including all the structures that are supported by the Portuguese Scientific and Technological National System. They guarantee the implementation and coordination of both scientific and technological research in disciplinary and interdisciplinary fields. These structures gather teachers and researchers of the FMUC as well as researchers from other national and international institutions. 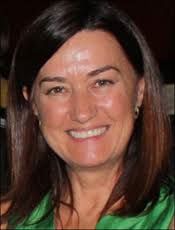 Marília de Assunção Rodrigues Ferreira Dourado, is a Medical Doctor since 1983. She holds a PhD in Medicine in the Speciality of Pathology – Pathophysiology/General Pathology in 2001. Nowadays she is an Associate Professor at the Faculty of Medicine of the University of Coimbra, where she teaches Palliative care and pain medicine; Pathophysiology; Pathophysiology and Therapeutics (at the Faculty of Pharmacy). Since 2010, she has been the Coordinator of the post-graduation course in Pain Medicine and of the Continuing and Palliative Care Master course, of the FMUC. She holds, and has held, positions in management bodies of the FMUC and of the University of Coimbra, throughout her career, where she actively participates. Since 2004, she is the ERASMUS Departmental Coordinator at FMUC. 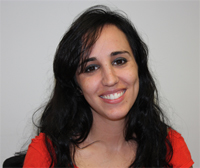 Nicole Dourado works at the International and Inter-Institutional Relations Office of the Faculty of Medicine of the University of Coimbra since 2006.

Project No. 2018-1-CZ01-KA203-048150 This project has been funded with support from the European Commission. This publication reflects the views only of the author, and the Commission cannot be held responsible for any use which may be made of the information contained therein.